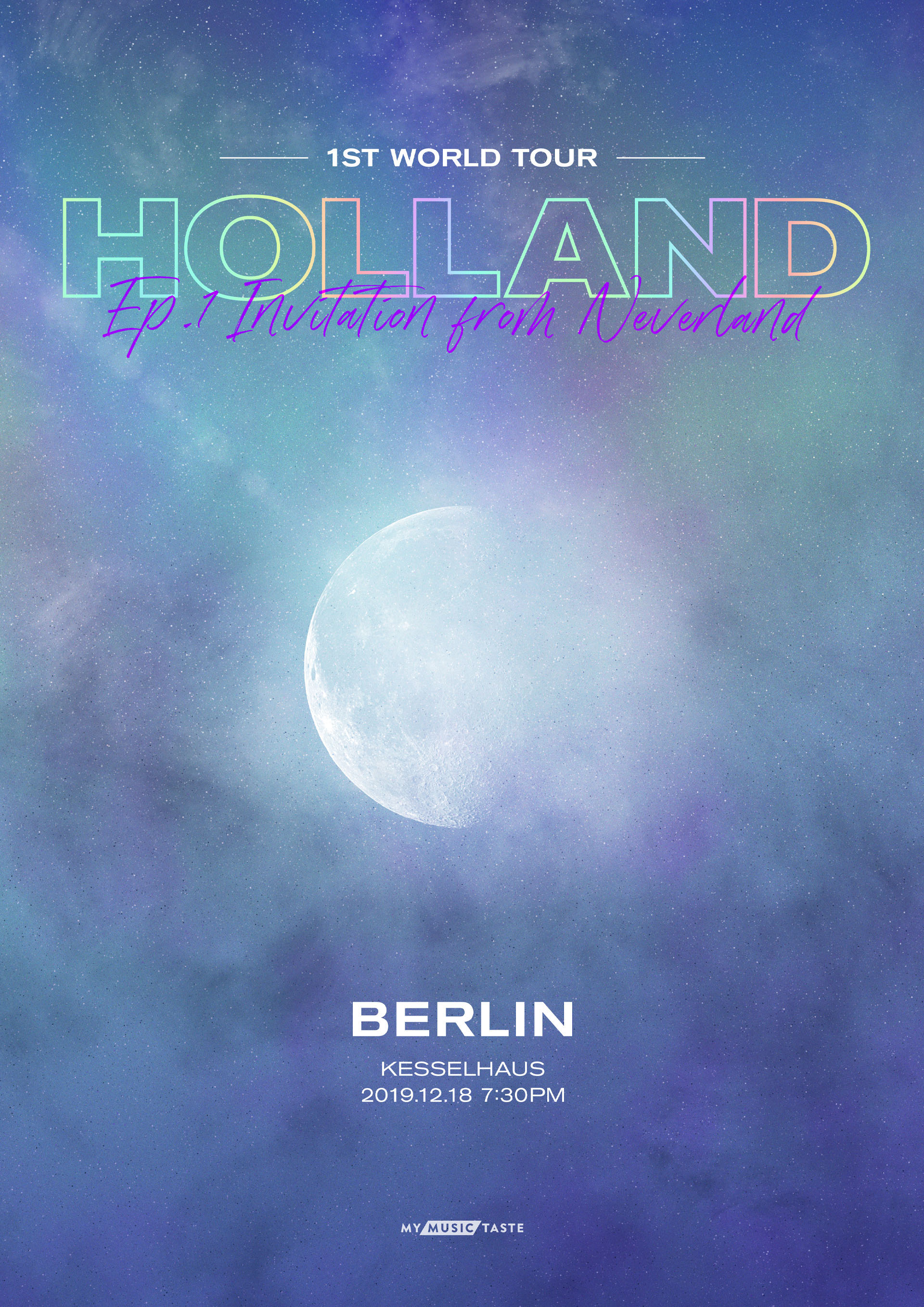 Dazed 100 Kpop Singer Holland is bringing his 1st World Tour Ep.1:
Invitation from Neverland to Berlin on December 18 at the Kesselhaus.

As Korea’s first openly gay singer, Holland has quickly become a musical sensation in the Kpop world. “Neverland,” his debut single that depicts a same-sex romance between two men, garnered over 11 million views on YouTube since its release, and the hashtag #HollandDebutDay trended worldwide to celebrate the release of his debut single.

This revolutionary singer has been featured in media such as Billboard, Forbes, and Cosmopolitan, and was selected as the winner of the 2018 Dazed 100, winning over a number of Hollywood stars such as Sadie Sink and Millicent Simmonds.

This marks Holland’s first Europe tour that was made through fan requests on MyMusicTaste, an online service that allows fans to request their favorite bands to their cities. In response to overwhelming demands, Holland is bringing his first overseas tour to Berlin.

If you have requested Holland x Berlin on MyMusicTaste, your unique, one-time use promo code have been sent to your MMT-registered email and phone number. Enter your promo code at checkout to redeem your presale and 10% discount benefit!

*If you are not a MyMusicTaste member yet, join us on mmt.fans/u5uT/  and request your favorite artist's concert! You too can have access to special perks when your dream concert becomes a reality!

About MyMusicTaste:
MyMusicTaste is a fan initiated live event making service that brings fans, artists and promoters from all over the world together in one place to create a valuable and meaningful concert experience for everyone involved. MyMusicTaste puts the power in the fans' hands, allowing fans to request their favorite artist's concert in their city. With the mission to connect and amplify the voices of fans all over the world, MyMusicTaste successfully promoted concerts of artists such as EXO, GOT7, MONSTA X, The xx, Machine Gun Kelly, and more in over 52 different cities. With the simple idea--empowering fans to bring their favorite artist’s concert in the city of their choice based on fan demand--MyMusicTaste is challenging the $27 billion concert market through cutting-edge technology and a sophisticated, user-friendly service. Currently www.mymusictaste.com supports more than 30 countries and offers 15 different languages.