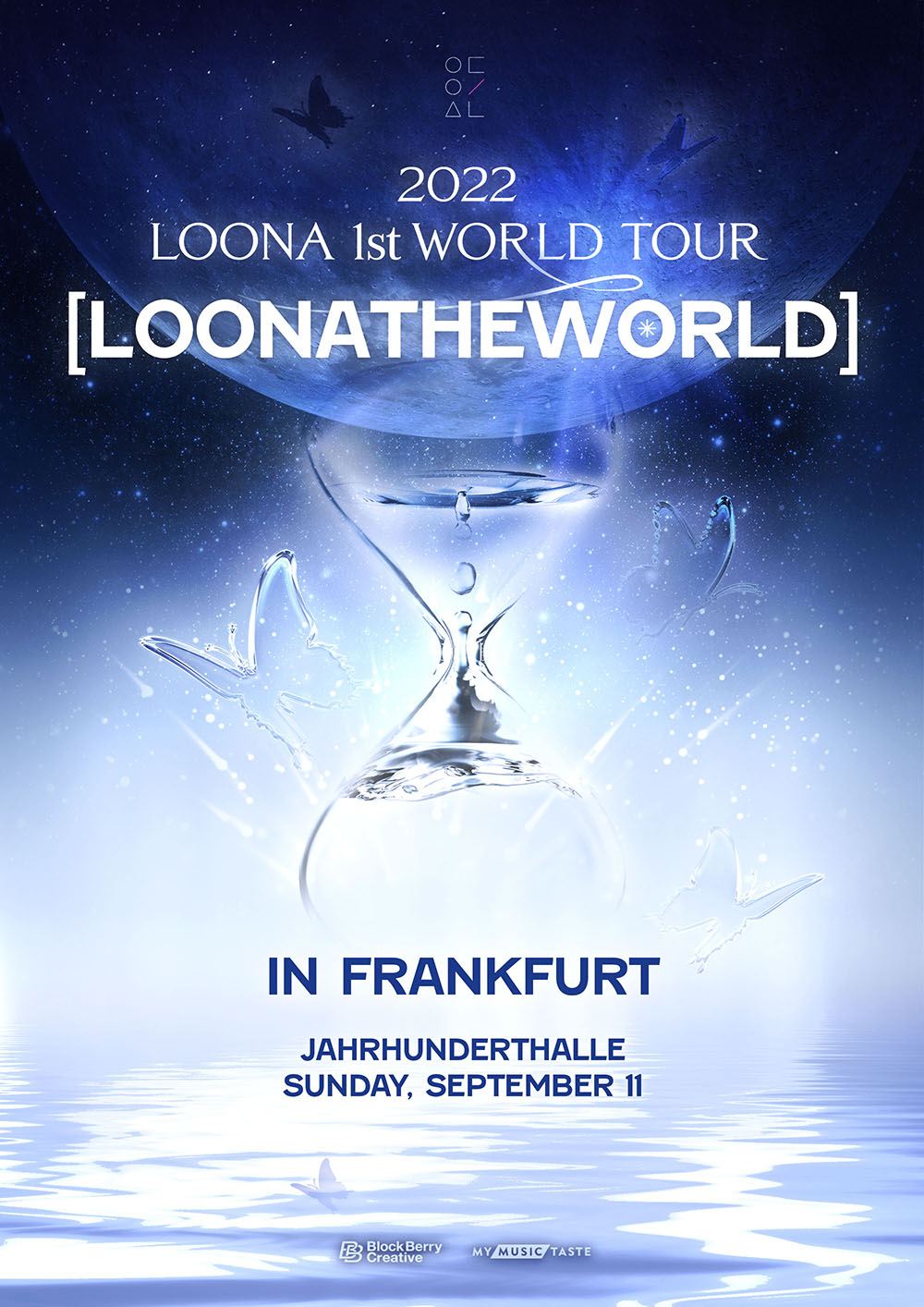 SOLD OUT STOPS IN NORTH AMERICA WITH ADDED SHOWS, SET TO TAKE OVER FIVE CITIES IN EUROPE

SEOUL, SOUTH KOREA (July 23, 2022) -  K-pop’s queens of musical lore, LOONA, announced the European leg of their 2022 LOONA 1st World Tour : [LOONATHEWORLD]. After taking on a full 14 shows in the Americas with sold out nights, the supergroup is ready to take on five cities in Europe, with stops in Warsaw, Amsterdam, Frankfurt, Paris, and London. Their European leg of the tour kicks off in Warsaw on September 6 and continues on through three more cities before reaching the last stop in London on September 16.

2022 LOONA 1st World Tour : [LOONATHEWORLD] sees the group make their first landing in Europe, a long awaited moment for fans of the group. It comes as no surprise that the tour itself was organized from the requests of many fans for the group to come to their city, concrete proof of their growing popularity.

The group stands as the epitome of mystery and allure in their concept storyline, seasoned with the charms of the different members that come together for the perfect combination of what makes K-pop unique. Even within the realm of K-pop, the girls stand tall in their distinctive personalities and charms - a dozen main characters, one for each month of the year.

The tour follows a successful first half of the year for LOONA who made their return to the big stage in front of an audience with 2022 ??? ?? CONCERT [LOONAVERSE : FROM] in Seoul back in February. From breaking their own first week sales with their recently released Summer Special Mini Album [Flip That] as well as dominating with No.1 on the iTunes Top Albums charts in at least 31 regions, the girls are set to bring their enchanting performances to Europe.

ARTIST) About LOONA:
From their unique debut with staggered member reveals over the span of two years starting in 2016 to their official musical release of the song “Hi High” in August of 2018, LOONA has embraced the mysterious and lore driven concept of their group to become a name that represents the core of K-pop: performance, production, and addictive melodies. LOONA’s twelve members: HeeJin, HyunJin, HaSeul, ViVi, YeoJin, Kim Lip, JinSoul, Choerry, Yves, Chuu, Go Won, and Olivia Hye create the blended mix of charms, talents, and personalities that brought catchy pop tunes like “Butterfly” to the top of the Billboard charts. Their 2020 releases of “So What” and “Why Not” continued their ranking on international music charts, making them a staple recommended K-pop group on multiple social media networks. They’ve stacked up achievements like their 2018 MTV Europe Music Awards win for Best Korean Act and their 2021 placement as having one of the most requested songs on radio shows. Their latest music video, “Flip That” has already garnered over 35 million views to date. The title track over their mini album of the same name also dominated the iTunes Top Albums charts with No.1s in 31 regions.