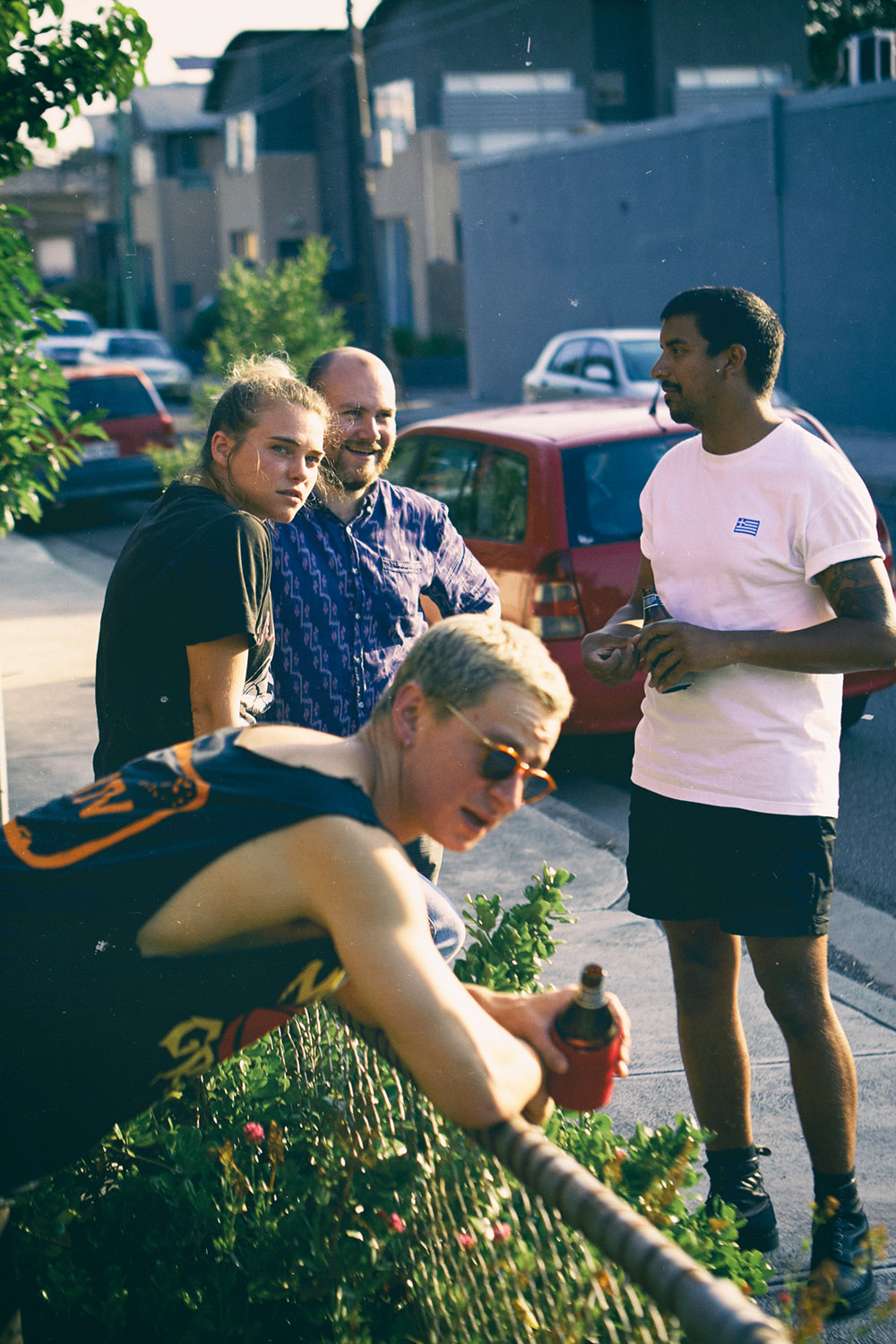 From conception in a garage in the Melbourne suburb of Brunswick Press Club are the musical embodiment of the attitude of a generation experiencing impermanence in every way. Frenetic and raw, the band’s long awaited debut album, Late Teens, was self produced, recorded, mixed and independently released.

Late Teens was recorded over six weeks when bassist Iain MacRae’s house was converted into a temporary song- writing sweatshop where the band wrote forty songs that were distilled into the dozen that make up the track list onLate Teens. Relying upon the experiences of their friends and people they know as subject matter, Late Teensthematically approaches displacement, relationships, internal turmoil, gentrification and inequality.

The album was recorded truly live over one week at The Aviary studios, Abbotsford with guitarist, Greg Rietwyk, at the helm. The band used minimal over dubs to create an unadulterated, and as honest record as possible.

Fast, straight to the point and up in your face. The buzz-saw guitar laden, self-assertion of ‘Headwreck’, the first single from the album received loyal attention from music lovers and radio alike. As was the story with more recent track ‘Suburbia’ with both tracks landing additions at triple j and FBi.

Press Club is vocalist Natalie Foster, guitarist and engineer Greg Rietwyk, bassist Iain Macrae and drummer Frank Lees. A relatively new band, Press Club have racked up over 90 shows since their first in February 2017 and amassing a supports resumé from Hell including playing alongside the formidable new wave of Australian bands WAAX, Slowly Slowly and Tired Lion; as well as supporting mainstays of homegrown counter culture: Ceres and DZ Deathrays. Not to mention gracing the stages at some of Australia’s finest festivals – Falls Festival, Festival of the Sun, NYE On The Hill, Pool House Party and Fairgrounds.

One of Australia's truly independent bands, Press Club continue on their unsigned, unbridled romp with 2018 having seen the band crisscross the country supporting The Smith Street Band in their visit to every state and territory on one epic tour of over 30 dates.

“It would be easy to pigeonhole the group to a fast-moving punk act, but right from the start, Late Teens proves that there's a whole lot more to Press Club.” The Music