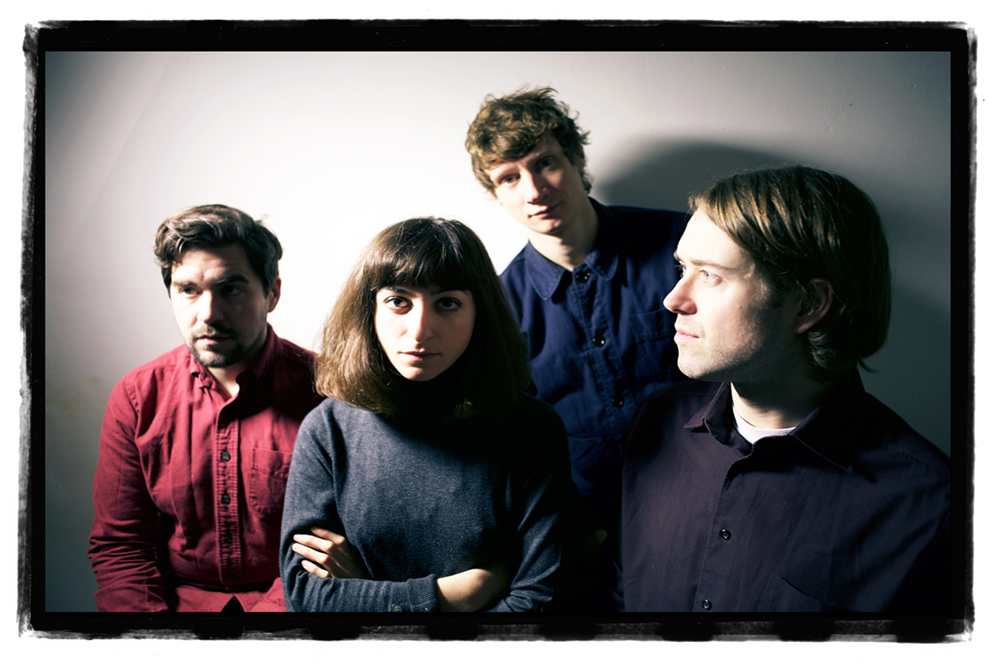 Sauna Youth are an evolving band of future humans making truly irregular punk, not quite comparable to anything else. "Weird" is a meaningless platitude" and "art punk" is a classifier that shouldn't be required.

Consisting of Richard Phoenix (drums, vocals), Lindsay Corstorphine (guitar), Jen Calleja (vocals, sampler) and Christopher Murphy (bass), Sauna Youth are a punk band that's happy to embrace all of the contradictions that go along with that notion.

On paper, Sauna Youth sound considered - live, they can barely be contained. They are at times furious, unstoppable and severe, with the sampler wailing like an alarm coming from a parallel universe - then chugging, poppy, harmonious and fun. Forever loud.

Having formed in Brighton in 2009, the band then moved to London in 2011, shifting its line up to its current constellation. As well as performing as Sauna Youth, all four members also make up the band Monotony, swapping their roles around in the group. They did two sessions over two days as both bands for Marc Riley on BBC 6 Music, and both bands were invited to play DRILL Festival by Wire.

As well as playing in Monotony, members of Sauna Youth are also in Tense Men,Primitive Parts, Feature and Cold Pumas.