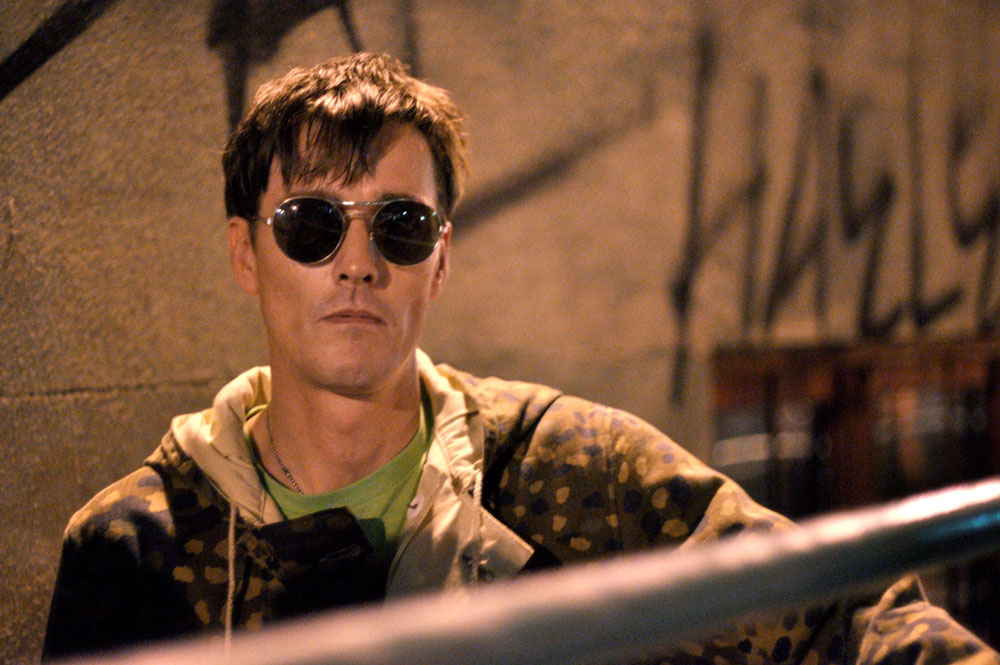 "Sonic Boom" was the alias of Pete Kember, best known as the singer-guitarist in the legendary hypno-drone unit Spacemen 3. A native of Rugby, England, while attending art college Kember teamed with Jason Pierce to form Spacemen 3, recording a demo tape in 1986; after signing to Glass Records, the group recorded their debut LP "Sound of Confusion", for which Kember adopted the name Peter Gunn. By the time of their follow-up EP "Walkin’ with Jesus", he had rechristened himself Sonic Boom, keeping the pseudonym for the duration of his career. In 1990 he issued his lone solo LP, Spectrum; after the 1991 swan song Recurring, Sonic recycled the Spectrum title as the name of his new band, which debuted with the LP "Soul Kiss" (Glide Divine).

Spectrum is the most high-profile and straightforward of the projects undertaken by Pete "Sonic Boom" Kember after the demise of Spacemen 3. Spectrum satisfied the singer/guitarist’s more conventional pop leanings, while never losing sight of the hypnotic otherworldliness which became his music’s trademark and legacy.

The name Spectrum initially appeared as the title of the first Sonic Boom solo album, released in 1990 before the break-up of Spacemen 3; a collection of ethereal, beautiful songs. Meanwhile, the Kember half of the Spacemen 3 swan song ‘Recurring’, with its tighter, more structured songs (like the gentle wash of "Just to See You Smile"), offered an even stronger indication of things to come.

In 1990, Kember formed Spectrum with guitarist Richard Formby and bassist Mike Stout, along with contributions from Pat Fish (a.k.a. the Jazz Butcher). After a series of singles, the band issued its debut Soul Kiss (Glide Divine), a sprawling collection of tranquil, luminous retro-pop, in 1992. At the end of the year, Formby was replaced by former Darkside guitarist Kevin Cowan, and in 1993, the group released "Indian Summer", an EP of covers.

Kember resumed work on his other projects, but in 1996 Spectrum teamed with the Seattle band Jessamine for a joint release titled "A Pox on You"; at the end of the year, they also issued an EP "Songs for Owlsey". The full-length "Forever Alien" appeared in 1997. A second collaboration with Jessamine as well as work with the Silver Apples followed.

Sonic boom’s current work is an accumulation of all his fruitful collaborations spanning the last 20 years with many legendary artists including Yo La Tengo, Silver Apples, Kevin Shields , Stereolab , Eddie Prevost ( AMM) , Delia Derbyshire, Robin Guthrie , Dean Wareham & Gruff Rhys as well as his own bands.

In April 2008 Spectrum released a collaboration with James Luther Dickinson, legendary Rock and Roll ‘Blues’ man from Memphis who has worked with many household names from Aretha Franklin to the Rolling Stones. Titled "SpectrumMeetsCaptain Memphis" – Indian Giver, the album was released on the San Francisco based label , Birdman Records.

In Spring 2009, the band released an EP ‘War Sucks’ featuring a cover of the Red Crayola song and other original material from the artists.

His current line-up features Jason Holt( guitar) and Nolan Watkinson ( bass guitar) along with Roger Brogan ( drums/samples) who  have recently supported My Bloody Valentine in the UK aswell as headlining shows and appearing at Festivals.

Over the last couple of years Spectrum have toured thr UK, Europe, Japan and USA. They have also played at ATP in New York and the UK as well as on the main stage at Primavera in Barcelona.