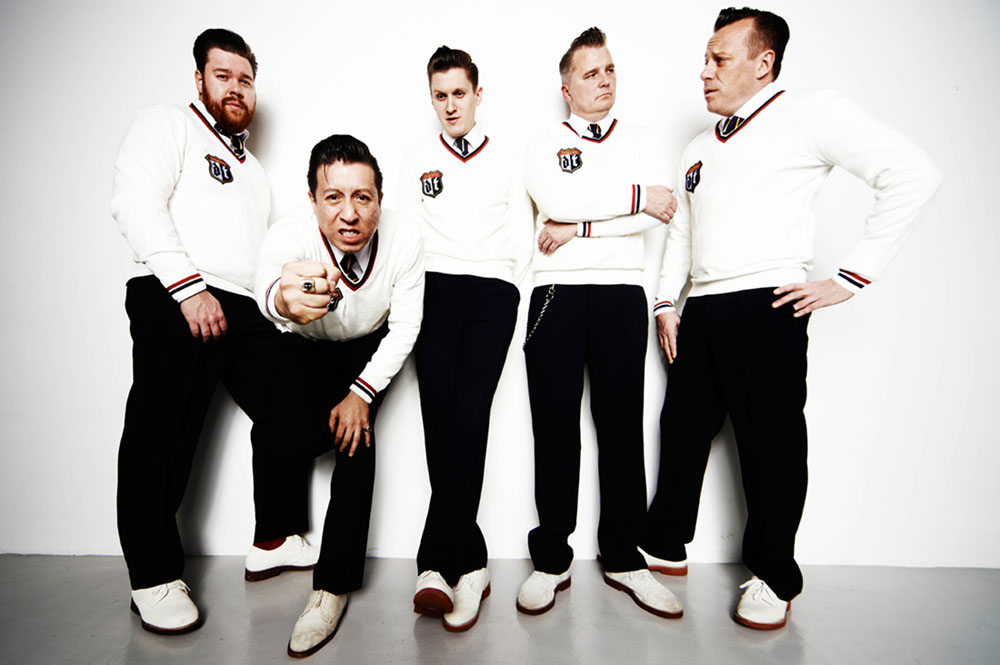 Let's all go back in time to when sex was safe and rock'n'roll was dangerous and considered the devils music. With The Dragtones you'll see everything in a brand new way, and yes you will love it.

THE DRAGTONES are an international, nuclear powered musical molotov cocktail with members from the most vibrant and popular live bands on the desperate rock'n'roll scene in modern days. Some parts taken from well renow- ned Luis & The Wildfires from the US, and some parts taken from Swedish bands like the legendary The Hi Winders, The Hives, The Barbwires & Fatboy. Everything seems so obvious, and only the big ocean has kept these cats apart, because music wise, they've always been very close. The bands are diggin the savage, untamed style of the late 50's and early 60's desperate rock'n'roll. And I think it's fair to say that this "new band" could be just what everybody has been waiting and hoping for.

(also in Luis & the Wildfires)

(also in the Hives)

(also in the Hi-Winders, the Intruders, prev. in Robert Johnson and Punchdrunks)

(also in the Hi-Winders, prev. in Fatboy, Whale)

The Dragtones have performed at many of the biggest festivals in Europe: