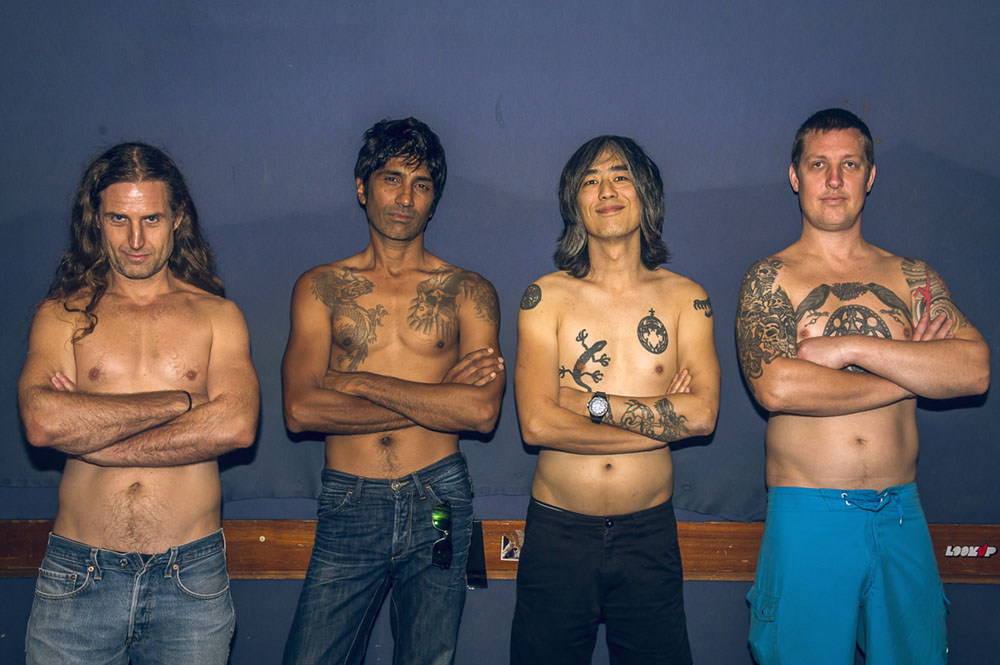 USHER IN A NEW PHASE

Still absolutely buoyant from their 30th anniversary tour AND the world-wide release of their best album-to-date “Peel Me Like A Egg”, Sydney’s colourful rocking identities THE HARD-ONS come bearing good news for music lovers and sports fans alike.

2017 will see the Hard-ons shrug off their recent misfortune, whereby their January 2016 tour of Japan was sadly aborted for health reasons, and hit the stage again. This time, the Hard-ons will be a FOUR-PIECE again, with original vocalist/drummer Keish “Velvet Fog” de Silva permanently returning to the fold as frontman!

This explosive yet deeply melodic line-up of one of Australia’s most unique and action-packed rock and roll bands will perform a set bristling with both beauty and brutality, as they explore their vast back catalogue, and more importantly, introduce new material that has only just been hammered brilliantly into shape by this incarnation!

Every show promises to be a special affair, as the expanded, new, and revitalised Hard-ons flex their considerable and charismatic musical muscle: to sum up, nothing and everything has changed. Hard-ons: Very exciting as ever, but a little bit better.

These shows are not to be missed!